Culture and entertainment industry is hot!

Culture and entertainment industry is hot! LED screen enterprises should seize the development opportunities in the field of subdivision and take the road of diversified development.

In recent years, with the rapid development of the national economy, the proportion of people's cultural and entertainment expenditure has been rising. Entertainment time is also gradually increasing, and the choice of cultural and entertainment products is increasing, gradually shifting to high-level spiritual and cultural needs. Watching entertainment shows is one of the most popular pastime among the people.According to the China Performance Market Annual Report 2016, the overall economic scale of the performance market in 2016 reached 46.922 billion yuan, rising 5.07% from 2015; the number of performances increased from 852,000 in 2008 to 2.108 million in 2015, with an average annual growth rate of 13.82%.

The popularity of literary and artistic performances has greatly stimulated the demand for LED display for sale in the stage rental market, attracting many LED video wall solution companies to participate in the production and development of LED stage rental screens. The intensified competition in the LED stage rental market has stimulated the competition among transparent display technology enterprises to upgrade constantly. Maintaining development vitality and looking for new market growth point have become the only choice for many LED screen enterprises to seek development.

With the rapid development of the cultural and entertainment industry, the LED stage rental market is developing vigorously. Cultural performances are no longer just the exclusive entertainment "playthings" of the first-tier cities but are spreading to the third and fourth-tier cities at a relatively rapid rate of development and becoming a form of entertainment for the public. The stage LED screen as an important tool for stage performance, the future development prospects are immeasurable. According to relevant statistics, the global LED stage market has reached 740 million US dollars this year, up 14% year on year. Growth is expected to slow slightly in the next few years, but will continue to grow.By 2020, the projected size will increase to $1 billion.

Beginning in 2016, the hot market of LED rental screen has been revealed. The Ministry of Propaganda, the Ministry of Finance and the Ministry of Culture of the People's Republic of China jointly issued a circular calling for an end to luxury extravagance and advocacy of thrifty evening parties. On the premise of vigorously publicizing the spirit of thrift, the application of stage rental LED screen has also changed greatly. LED rental screen has begun to enter the civil market in an all-round way.With the expansion of the market, rental products are also growing with the demand of the market, showing a flourishing situation of all things striving for spring. Throughout the development track of the domestic LED rental screen market, it is not difficult to find that the LED rental screen market has developed rapidly, in addition to the growing market demand, but also inseparable from LED screen enterprises in product innovation tireless research.LED stage rental market, from the beginning of a single 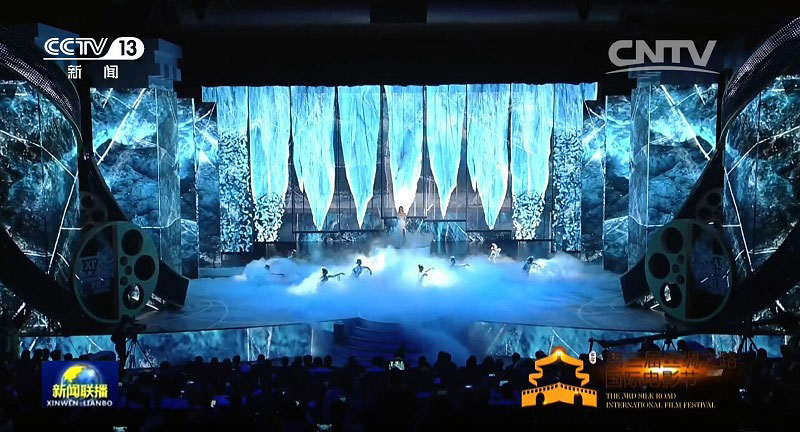 As transparent led display manufacturers, only by building the core competitiveness of products, can we be invincible in the changeable market? Faced with such huge market demand, many LED screen enterprises are engaged in product innovation and development, promoting the continuous innovation of new LED display screen technology. Undoubtedly, technological innovation is bound to promote the expansion of the application level, a series of innovative display products breaking the conventional emergence, such as LED transparent screen, LED floor tile screen and LED profiled screen and other innovative products. They inject more vigour into the LED display industry, and at the same time, they also provide more possibilities for LED display enterprises to open up new markets.

Speaking of LED floor tile screen, I believe many people are familiar with the successful application of LED floor tile screen on the stage in 2009 CCTV Spring Festival Evening, creating a national experience of a visual feast, so that the stage has a new breakthrough in creative expression. With the development of technology, LED floor tile products in the application of virtual imaging and interactive technology, coupled with a carefully customized video source, has a more powerful function and produces the effect of a better scene.

In addition to stage performances, LED interactive floor tile screens have been widely used in commercial exhibitions, science and education demonstrations, sports venues, medical rehabilitation and other places. Compared with the traditional LED display screen, the LED creative special-shaped screen pays more attention to the breakthrough of the external structure, breaking the regular rectangular shape splicing system in the LED large screen, which can splice into various shapes at will, realizing the smallest gap perfect connection. Six pagoda-shaped screens built on the stage at Wang's concert tour in 2018 are like VR virtual reality. The perfect combination of realistic pictures and music creates a magnificent and modern scene. The large and clear live broadcast gives people an immersive feast.

Undoubtedly, with the gradual improvement of the aesthetic needs of users and the increasing demand for innovative products, the production and development of creative LED displays is the goal of many LED display enterprises to occupy a place in the field of segmentation. In order to maintain a competitive advantage under the environment of intensified competition, it is necessary to accelerate the speed of new product development and innovative application. The appearance of new display products such as LED floor tile screens and LED special-shaped screens shows that the market demand for innovative screens, in the final analysis, is more in line with market demand. In this regard, LED screen enterprises should be a market-oriented, in-depth understanding of the market needs of users, and strive to produce products closer to market demand.