YIPLED 2018-07-23
Tag:
Me café house, made from YIPLED transparent "Ice screen", enters into 42 city shopping centers around the country. 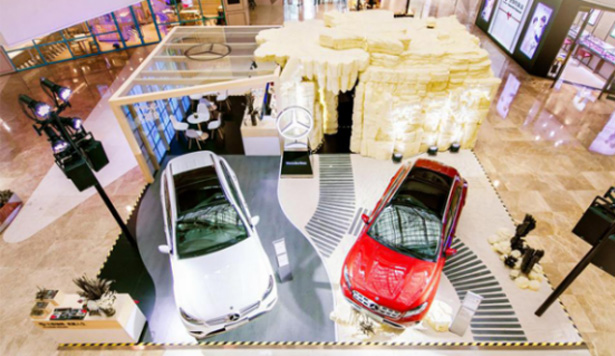 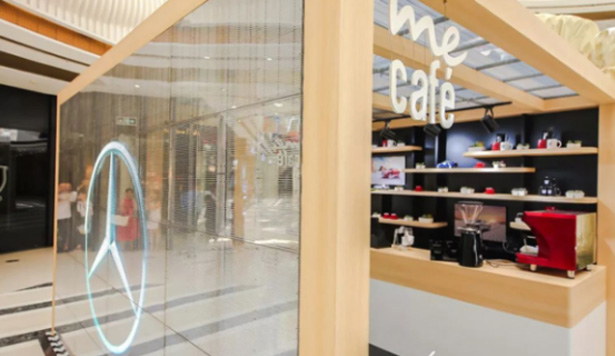 In the shopping center atrium area where crowds gather, Mercedes-Benz created a transparent coffee house with streaming media by using YIPLED Ice screen. Different from ordinary glass house, Yipled Ice screen coffee house has 3D and hologram like effect and it is pleasing to eyes. 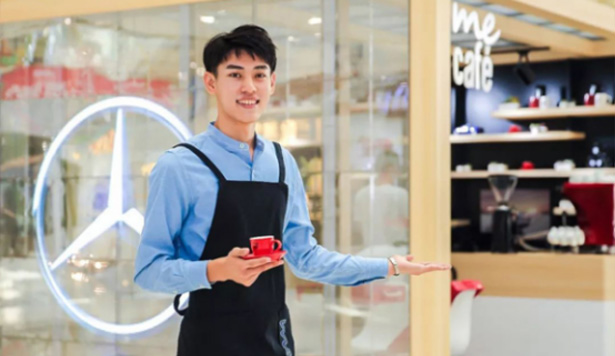 There is always a window in every café. YIPLED Ice screen window with 3D image plays an important role in the commercial space.
With cool image and video on screen, it makes the atrium area outside of the window look more lively, can quickly gather people; and the coffee house inside the window calm and soothe, entertain consumers with immersive experience. 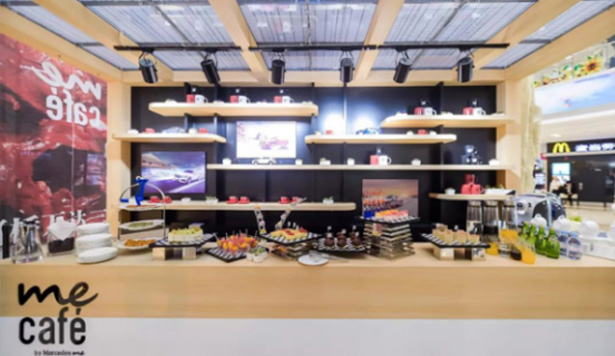 Ceilings decorated with Yipled Ice screen is another attractive spot. People sitting inside the transparent coffee house see an LED canopy that is mottled and intriguing. People above the atrium area see a colorful space where the roof and the window are integrated. 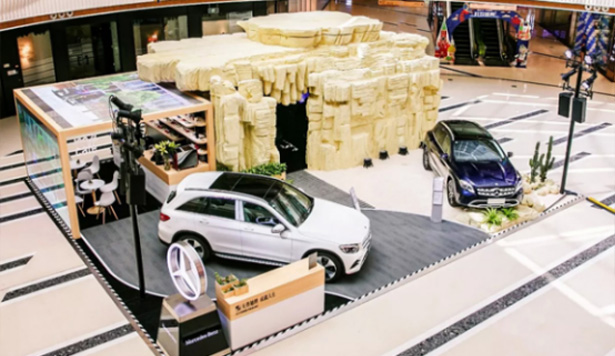 Mercedes-Benz "Ice screen" me café house is a very successful flash mob shop design which excellently achieved its purposes on how to get attention, how to create an experience, how to establish interaction and how to promote sharing. Meanwhile, Mercedes-Benz also plans to open more flash mob shops in the United States. 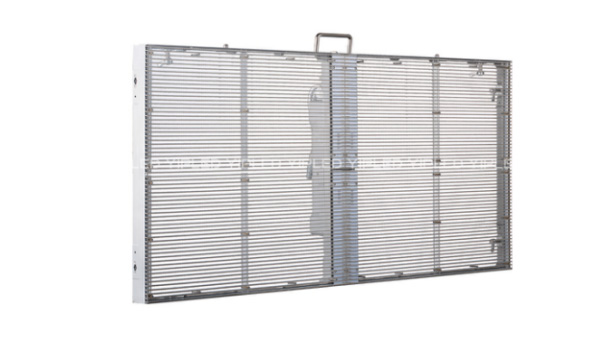