LED transparent screen takes advantage of new advantages to occupy the highlight of the field.

In recent years, with the expansion of the market demand of LED display industry and the widening of the application field, LED display products show a diversified development trend. The LED transparent screen for sale is the rising star of the LED display industry, with light, no steel frame structure, easy installation and maintenance, good permeability and other advantages. Applications such as glass curtain walls, Stage Dancing displays, outdoor advertising and new retail outlets are coming into our field of vision with eye-catching gestures. According to the relevant agencies, the market value of LED transparent display will be about 87 billion 200 million dollars by 2025. LED transparent screen, with a new form of application, leading technology development and close to the public demand for the design concept, makes it rise rapidly in a short time, and a new blue sea market prototype has emerged. 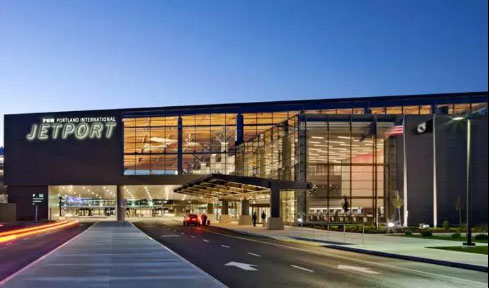 Outdoor advertising has always been the most important market for LED displays. However, in recent years, with the light pollution problem of LED outdoor advertising screens have become increasingly serious, and the structural safety of LED display screen has also attracted the attention of users, so the relevant agencies on the LED outdoor display screen technical standards and installation approval are more stringent. Conventional LED outdoor advertising screens can brighten the city and release information when working, but because of its steel structure, when the LED display screen is not used, standing in the middle, and the surrounding environment appears incompatible, greatly affecting the beauty of the city. A Transparent led display screen with its high permeability, invisible installation, highlight and other characteristics can just make up for the shortcomings of conventional LED display in this regard, and eliminate the city's aesthetic problems to the greatest extent. In the application process, the LED transparent screen is mostly installed behind the glass curtain wall. When it does not work during the day, there is no impact on the surrounding environment.At the same time, because it adopts a new form of outdoor communication of indoor advertising, it evades the approval of outdoor advertising.

The dance show has a lot of bright spots, and permeability can be especially good.

There is no doubt that the application of LED transparent screen in the stage show is amazing. Under the environment of national economic development, the national cultural entertainment activities are also more prevalent. The demand for LED display screens is increasing day by day in all kinds of literary and artistic evenings, Spring Festival Gala and star concerts, and the rental market of LED display screens is booming. In view of the application in the field of dance beauty, we can also see a way to rent LED transparent screen. The traditional LED display technology has been relatively mature in space and lifting movement, but its layout has more limitations on lighting design. Box setting and the location of lighting installation is extremely limited, so the stage lacks the atmosphere on the stage light, environmental light and the atmosphere of the scene; therefore it is difficult to present a perfect stage effect. The LED transparent screen, which arises at the historic moment, makes up for the shortage of the traditional LED display. LED transparent screen can be built according to the diversification of stage modeling, the screen hanging in disorder, showing the overall depth of the stage frame and using the screen’s transparent, light, dazzling color characteristics in order to produce a strong perspective effect, so that the whole picture depth of field becomes longer. In addition, the LED transparent screen includes the characteristics of unique display technology and screen penetration, which can form a three-dimensional, realistic, virtual and ideal space for multi-screen co-display, anhancing the sense of hierarchy for the space of the image movement and stage effect. The contrast between LED transparent screen and traditional LED screen shows the three-dimensional sense of three-dimensional space and reality, and the visual effect is more shocking.

Unlike the bulky and regular appearance of traditional LED displays, the lightweight and beautiful features of LED transparent screens will continue to help them open up a broader market. With the increasing demand for glass curtain wall, stage dance display and outdoor advertisement, the market volume of LED transparent screen will become larger and larger.

In recent years, with the rise of the concept of "new retail", the digital label industry represented by retail has expanded rapidly. LED transparent screen has played an important role in the commercial retail windows, interior decoration, building facade and other fields, bringing great changes to the new retail. As we all know, shop window display is an important means for retail shops to display and promote their products. LED transparent screen has many advantages such as convenient installation, high permeability, light and beauty. It perfectly solves the problem of the transparent video display in the retail industry window, enriches the advertising style and makes its advertising design attractive.

In the application of new retail scene, LED transparent screen has its successful case. As an internationally renowned brand, UNIQLO has already opened up a new avenue of discovery by using large LED screens. By displaying the categories of goods in retail stores, promotional items and promotional information of stores on large LED screens, consumers can choose their favorite products more quickly, promoting consumer demand and improving the conversion rate of shopping in stores. At the same time, LED transparent screen has a novel and unique display effect, and the screen suspended on the glass curtain wall. This way of playing saves more than 30% energy than the conventional LED display screen, greatly reducing light pollution and energy consumption.

The emergence of a new LED display company will inevitably promote the development of the commercial display market; at the same time, it also creates a certain incremental market for LED display screens. Undoubtedly, LED transparent screen is a black horse in the field of LED display segmentation, and its wide application is accepted by more and more users. This also indicates that innovation plays a key role in the field of LED displays. In order to achieve further development in the field of commercial display, LED transparent screens to need to increase scientific and technological investment and innovation and improve products according to the terminal demand of the commercial display market. Thus, the pace of opening up and expanding the territory of LED transparent screens will be gradually accelerated, and it is expected to become the future, showing the important development direction of the industry.