YIPLED 2018-10-28
Tag:
Many tall buildings in cities are glass curtain walls, which are good outdoor advertising carriers. By means of LED transparent screen technology, the building has become a three-dimensional photoelectric advertising carrier, which has become popular at home and abroad in recent years. 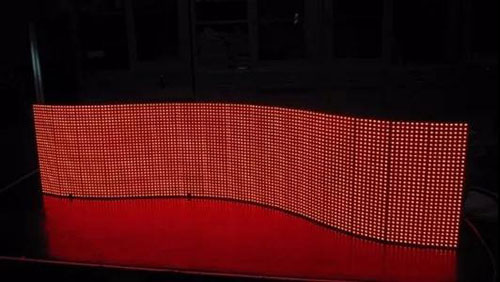 In the design of glass curtain wall LED display screen, the display content, space conditions, screen size, pixels and other important factors should be considered. At the same time, we must ensure that the production process and technical indicators meet the practical needs of glass curtain wall. Reasonable design should be combined with project cost.

I Point spacing
The point spacing is the distance between two adjacent LED lamp center centers, and the unit is mm. Visual particle sensation is mainly due to the human eye's resolution. When you watch two points at a distance, if two points reach a certain level, the human eye will be unable to distinguish. Over the past two years, with the improvement of LED display screen manufacturing technology, the resolution of LED screen of glass curtain wall has been continuously improved. Glass curtain wall display design has been upgraded from the minimum point distance specification scheme initially selected to the appropriate point distance specification scheme.

So, how do we choose the appropriate point spacing specification?

1.The point spacing is an important basis for the LED curtain wall type, and also determines the final display effect of the screen. The smaller the model, the smaller the distance between points. The higher the pixel density, the more suitable for high-definition content playback.

II Packaging technology
One factor that determines the quality of LED is the main material, such as box material, chip, lamp beads, power supply, etc. Another factor is the packaging process. The pixel packaging technology is related to the whole transparent screen color saturation, visual angle and other display effects, production costs, quality stability and so on. The transparent LED curtain wall packaging technology is mainly for the SMD mode. The SMD mode refers to pasting the encapsulated light-emitting tubes onto the circuit board and then welding the integrated circuit to form a screen. It has good heat dissipation and uniform color. The whole screen can be maintained frontally, which greatly reduces the maintenance cost and difficulty. At the same time, during the encapsulation process, metal compounds are added to make the mixing effect better and the light is softer.

III LED control part
The LED control part is the core part of the display effect. The control circuit has a high-performance single micro-control chip. The controller sends control signals and data to the LED drive chip through the internal control program. The LED driver chip receives the signal and generates the corresponding action, so it can control each red, green and blue LED chip separately.

3.1 Drive system
The function of the LED driver part is to receive color data and drive LED display screen. According to the brightness value expressed by this data, there are three ways: constant current, steady voltage, constant voltage and constant current.

3.2 Control system
The display effect of LED depends on the magnitude and time of the current and voltage passing through it, so the control system is mainly to control the power output of LED. At present, the conversion efficiency of LED power supply designed by PWM (pulse modulation) control mode is as high as 80%-90%, and the output voltage or current is very stable, so it belongs to high reliability power supply.

PWM can control the ratio of LED opening and closing time. By dividing the time scale into several levels, the LED can display a corresponding number of gray levels (gray scale). The product of the gray level of the three primary color is the number of colors that can be reproduced theoretically. It is generally 256 levels, and the color number reaches 16.7M, which can display 24 bits of true color information.

IV Display demand
1. With unit modular planning, the whole screen has no seam. When you play the video, the image will not be cut by the joint, and then affect the visual viewing effect.

2. The color and brightness of the whole screen have consistency and uniformity, and can be proofread by point. This completely avoids the phenomenon of chromatic aberration, dark corner, dark edge and "patch".

3. Because of the great influence of outdoor light, the brightness requirement of LED curtain wall is above 4000cd/. It also supports intelligent conditioning of brightness. According to the surrounding environment, the picture is more comfortable and the details appear perfect.

V Installation mode
On the premise of avoiding destroying the appearance and structure of glass curtain wall, the installation method will be different according to the actual situation on the spot.

Skeleton-free: Glass on a skeleton-free curtain wall can also be called structural glass. This kind of curtain wall is mostly used in the first floor of a building, similar to the floor windows of a building. The glass is installed in the form of hoisting. It is a method of hoisting the glass from above using a well-spaced hook or special profile. The operation step is firstly to fix the hook on the main frame of the channel steel, and then to suspend the channel steel under the plate or beam. To strengthen the stiffness of the glass, support frames or transverse gears can be installed on the top and bottom of the glass.

VI Shape structure
When building glass curtain wall structure is non-conventional plane modeling, such as arc, fan, triangle, circular and other structures, special design is needed to make LED curtain wall screen better adapt to the overall structure of the environment and use requirements.