Will the next Gold Digger on LED Transparent Screen be a Commercial Market? 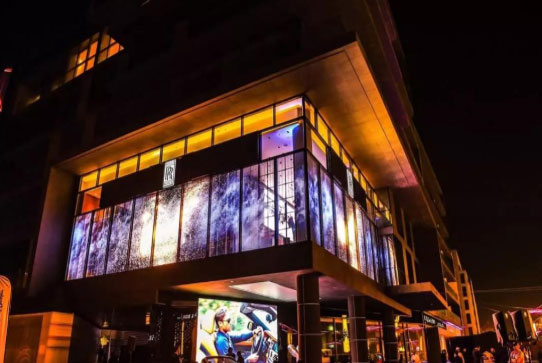 Creative fashion display demands. The promotion of the application market is impressive.
With its high transparency, the stage LED display can easily create a smart and translucent aesthetic, and visual penetration, LED self-luminous features also make it with fashion, technology and a sense of the future. In creative display, the high-end display is popular in the field. For example, at the 2017 Shanghai Auto Show and Guangzhou Auto Show, the stage LED display competes for eyeballs with new automotive products at major car brands undefined booths. Many automobile brands choose the stage LED display to decorate booths and display auto advertisements, which can highlight the brand and technology sense.

In addition, in the high-tech park, high-tech enterprises pay more attention to the creation of science and technology, innovation atmosphere, the stage LED display can not only play video advertising, brand, corporate propaganda but also create brand markers. This can imperceptibly exaggerate the enterprise innovation, advance with the time's cultural atmosphere, increase people’s "impression points". In high-end commercial shopping malls, bars, hotels and other leisure and entertainment consumption places, the stage LED display can rely on fashion avant-garde appearance and has become an attractive creative selling point to increase consumption.

From the application listed above, it is not difficult to see that the stage LED display is creative and beautiful, making it an option for creative display devices in many fashionable technology sites. With the rapid development of digital advertising and the increasingly developed commodity economy, the stage LED display will go further and further.